1004 24th St
Austin, Texas 78705
512.243.6361
http://www.cuatrosaustin.com/
A month or so ago, Cuatro's hosted a happy hour for us blogger folks. It was great to see everybody again and of course free food and booze is always appreciated. Especially the deceptively strong watermelon frescas being served. Ah, what a nice treat on a brutally hot day. 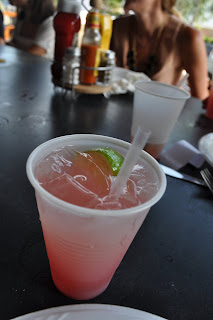 I had never been to Cuatro's before. I can't say that being near campus necessarily scared me off, but I didn't really see it as an incentive to try the place. I left UT many years ago with very fond memories that I hope to Flying Spaghetti Monster that I never ever get to relive. I just don't have that kind of energy anymore.

Cuatro's is on San Gabriel and 24th Street. There is a huge outdoor screen (great for watching sports) and the patio is dog friendly. 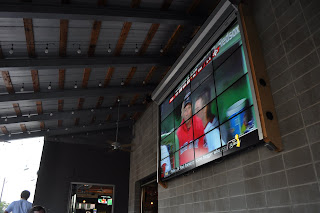 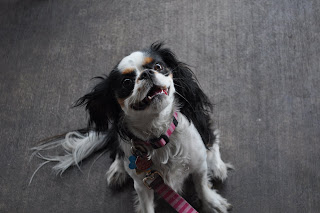 Cuatro, the bar/restaurant owner and namesake provided these trays of bar food snacks for us all to enjoy. Myself, I'm a sucker for fried pickles. These were really salty and more fried than pickle, but I did enjoy them. I've officially replaced Hole in the Wall with Cuatro's as my official go-to for near campus fried pickle eating and beer drinking. 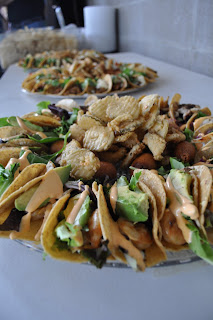 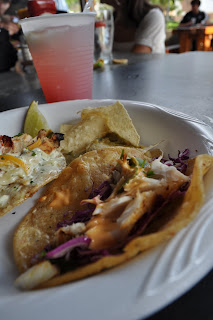 The queso looked about average but got a good overall response from the crowd. I checked out the menu, and although the platters did not have many vegetarian choices on them, the menu had it pretty well covered with portabella, veggie and Boca Burger tacos as well as quesadillas, veggie burgers and the other typical bar food items you would expect. 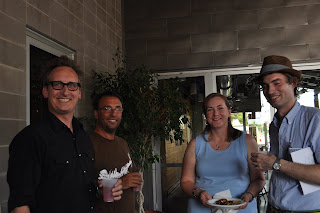 I got to chat up with Cuatro for a while. He was a really nice guy. I asked him what he would want you to know about his restaurant and his answer was that he wants you to know that even though the location is near campus, it is not, I repeat NOT primarily a fraternity/sorority/student hangout. It's a great central location and he wants you to come out and just enjoy the food, drinks and atmosphere. Ironically, he told this to me as the they were setting up for a major sorority function in the room next to us. 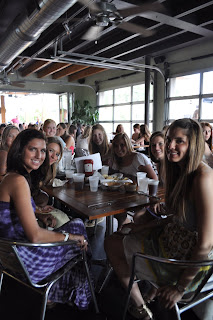 Sorority Girls Next Door: For some that's a detractor, for other's a positive attribute

I was having a great time, so I stayed and split a pitcher of beer with friends I hadn't yet met. Yep, it's that kind of place. Or maybe just that kind of evening. Either way, I snapped this cool snapshot from my patio seat. 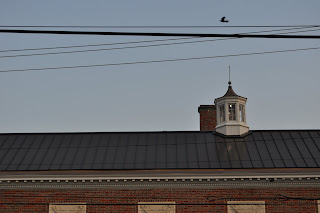 View of building from Cuatro's patio