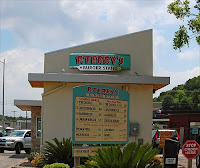 Recently my company asked its employees to take 5 days of unpaid leave. The explanation was that if we complied they could delay layoffs in the midst of the current economic crisis. While some of my coworkers sulked at the idea of giving up a week's worth of pay, I decided to seize the opportunity and use it to travel. I wrapped the 5 unpaid days of leave around the week they give us off at Christmas and burned 5 days of my yearly vacation time. I used the 3 weeks off to travel to India. In India I gorged myself on an amazing selection of vegetarian food. I took every opportunity to educate myself on the technical merits of authentic Bengali, Punjabi, Rajasthani, Goan, Nepali and Tibetan cuisines. In fact, I was so engrossed in my research that upon my return I swore it would be months before I could touch another curry, tandoori dish or lime pickle again! Now those Tibetan momo's are another story. Four for twenty cents in Darjeeling and they come accompanied by the best red chilli sauce you've ever had.

When I returned to Austin, I was craving some good old fashioned American food. I wanted something that was familiar and delicious. I wasn't quite sure what would really hit the spot, but I knew that I would know it when I saw it. In fact, I knew it so well when I did see it that my good friend Leslie slammed on the brakes out of panic because my gasp was so dramatic and loud.

If you don't know anything about P. Terry's, you must be new to Austin or living under a rock. But I won't hold that against you, I'll just educate you instead. P. Terry's is a drive thru fast food restaurant on South Lamar near Barton Springs. They have a simple and affordable menu that consists of regular, veggie, chicken and cheese burgers. They also have french fries, sodas, cookies and milkshakes.
Other than the deliciousness of the food, the coolest thing about P. Terry's is their socially concious approach to the fast food industry. Their whole shtick is "quality ethical fast food," i.e. happy meat, organic and/or local produce, and a veggie burger on the menu that wasn't just a mere afterthought.
There are picnic tables located outside so if you don't feel like waiting to get home to eat you can sit outside and enjoy the Austin weather. I hadn't been home in 3 weeks and it was early January, so I was anxious to get my food and get going.
I fulfilled the South Austin stereotype and ordered the veggie burger with fries. The veggie patty ingredients include brown rice, crimini mushrooms, black beans, oatmeal, onions, cheese and parsley. It's then topped with a slice of American cheese, lettuce, tomato and sauce and placed on a bun. Wheat buns are available for an extra 20 cents and grilled onions are free upon request. I couldn't wait to get my hands around my dinner and the anticipation caused me to forget to ask for the extras. It didn't matter. As soon as I felt my teeth sink into the soft, very slightly sweet bun, through the crisp lettuce, tomatoes and cheese to the nicely textured savory patty my desire for comfort was satiated.
The experience was then enhanced by the not too crispy and slightly salty fries that are made from and taste of real potato- not corn starch. Mariah and I have disagreements on the quality of P. Terry's fries. She's not a big fan, but I disagree. I crave them frequently and not only are they great sober, they do wonders for a hangover.
Mariah's Note: You're right, I really don't care for the fries. They're small, skinny, and thinly cut. But instead of being crisp from their higher proportion of surface area (like Mighty Fine  Fries), they're not very crisp and get soggy quickly.
Last fall I played on a weekly "kickball" team. I put the word kickball in quotations because we seemed to do more drinking than playing and definitely more drinking than winning. After a good bit of alcohol and no food, one tends to find him or herself quite hungry. That's when I found out that P. Terry's was open until a respectable 11 pm even during the week, making them the perfect late evening stopover and beer absorber as well as a great welcome back to the country meal.
Bottom Line: An affordable and delicious South Austin comfort food option without the guilt, preservatives, and generic feel that comes from other fast food establishments. Try the veggie burger with fries.
Laura ~ 9
Posted by Laura at 9:12 PM