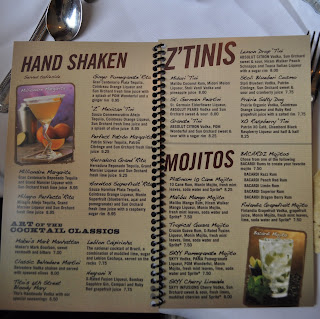 The first time I dined at ZTejas I was a poor college student being taken out for dinner by my friend and her boyfriend. I was delighted with my jerk chicken salad and could not wait to return. Alas, my budget only afforded such meals on occasion so when I did make it back, it was a treat. It's not that ZTejas is particularly expensive, it's just my budget was more toast and ramen centric.

As the years passed, and paychecks became a part of my life, ZTejas became an old stand by with my core group of girlfriends, particularly for brunch. Then as I branched out and began to explore other places, I became less and less enchanted with the establishment, placing it in the "I won't pitch a fit if my friends want to go but I'll never be the one to suggest it" category. When I went vegetarian, it pretty much went all out the window for me and ZTejas. I've been told they have vegetarian and gluten free menus, but in the past when I've asked for one, the waitstaff has been pretty clueless.
As you might guess, it had been a while since I'd been there when I received an invite to their media preview. I thought it would be a good idea to see what they'd been up to lately. Afterall, Z Tejas and I do share a sordid and complicated past. You can't just turn your back on that kind of history. Plus, if it all went awry, then at least it was free. Turns out they've got a new summer menu that doesn't completely reinvent but may make ZTejas worth visiting again. Although, I'm still not holding my breath to see that vegetarian menu. 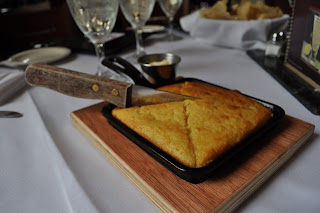 I've always been a fan of their cornbread. 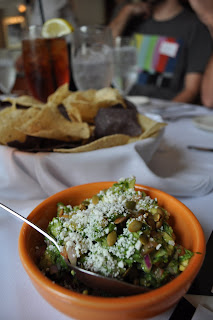 The tableside guacamole was very tasty and came topped with pumpkin seeds and cotija cheese. A little pricey at almost $10 an order, but I suppose avocados are fairly expensive. 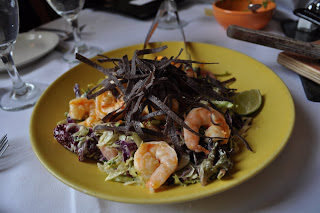 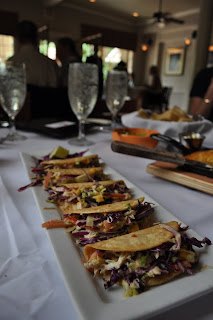 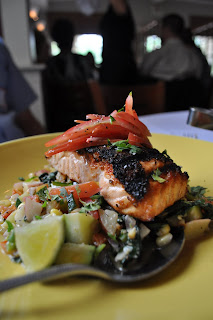 Grilled salmon? Looks blackened to me. On a summer vegetable bed of grilled corn, zuchinni. 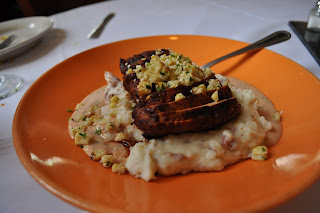 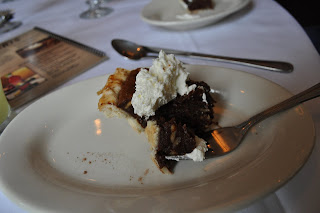 Ancho fudge pie.
I don't normally eat dessert, but this has been a long time favorite of mine.
And now, the cocktails. None of which blew my mind, but I took one for the team and finished them anyway. ;) 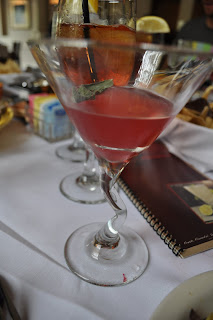 Ginger Pomegranate Rita (or is this the Hibiscus Rita?) with a floating peice of sage. 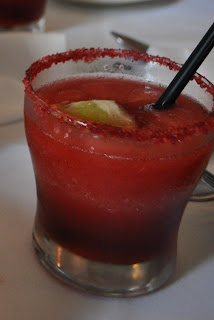 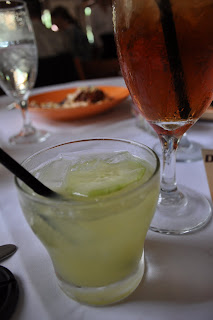 This last drink was really controversial. I liked it ok, but Leslie nearly spat it out across the table. Logan on the other side of Leslie looked at it a bit cross-eyed too, but Maggie on my left agreed that it was just fine. I think they were going for cucumber refreshing- but the spice really threw that plan off.

So my thoughts? ZTejas is kind of like an exboyfriend you just dated too long. It's comfortable, it's good, you do want to visit every once in a while, but it's hard to get excited about it and some of the same old problems are still there.

My biggest pet peeve about ZTejas has nothing to do with the food. It is the clustermess that happens when you try to check in with the hostess. It always feels like I'm walking into a super packed party no matter how many people are actually dining at the moment. This is particularly bad because hungry people can be really aggressive! Getting my name on the list feels like hard work. A little reorganizing at the entrance would do a lot of good.

By the way, Z Tejas is throwing a 20th anniversary party on September 13th. There's going to be live music (Ray Benson and Asleep at the Wheel), food, drinks and a silent auction benefiting the Lance Armstrong Foundation. Apparently Lance brainstormed the idea for his charity over margaritas at the 6th street location. Tickets are $65 and you can get them at Z Tejas' downtown location or by calling 866.598.3527